Hard-Core and Citizen Automation: What Do We Gain From Having Both?

Hard-Core and Citizen Automation: What Do We Gain From Having Both? 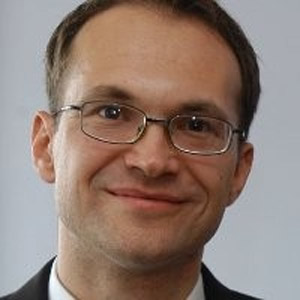 The fear of future workforce shortages due to ageing population calls for new ways to maintain and improve productivity and economic growth. At the same time, customer and employee experience have become the new competitive battlefield. Automation is playing an increasingly important role in customer service and enterprise business applications in optimization of customer channels, serving at scale and gaining and retaining customers and employees. It is likely that the pressure on business to produce more with less with technology will continue. And the capacity of a typical IT department alone may not be enough to achieve that goal.

Citizen to the rescue.

According to the World Economic Forum report, the re skilling and up skilling of employees is an imperative of tomorrow. One can expect that the amount of business users upskilled into a citizen developer will increase. Based on the amount of Google search results and analyst reports, a trend of self-service and citizen developers very much deserves to be on the agenda of CIOs. Robotic process automation (RPA), integration-Software-as-a-Service (iSaaS), high-productivity-application-Platform-as-a-Service (hpaPaaS), and citizen data science all have a great promise, to both empower a regular employee and reduce the chronical shortage of necessary skills for the business. A win-win arrangement might indeed be such where hard-core IT professionals create demanding, reusable automation content and easy-to-use interfaces for citizen to configure and combine. However,the arrangement will not work without making sound governance models, investing employee training, and identifying the right talent within the organization to move this forward.

Why Citizen RPA May Not be Destined to Scale Up.

RPA rose out of the need to deal with business realities of multiple and diverse software applications and chronically late IT programs that are supposed to streamline their usage. Trained business users will indeed find it easy to help themselves by creating simple automation content for their own use. However, creating anything stable, reusable, and at a higher scale requires a hard-core IT talent, which is most likely to reside within IT departments. IT is also home to other, often competing methodologies like business process management (BPM), integration-Platform-as-a-Service (iPaaS), traditional integration, and software development. It becomes critical to manage RPA within the same bag of tools to ensure they all happily coexist. Often labeled in IT circles as temporary and an unstable integration solution, RPA may not even find its way into the bag of tools, especially in the organizations with limited IT budgets. Even if a business manages to establish its own citizen RPA force, scaling up has to be a conscious management decision. Otherwise itf left to a number of random forces, it will eventually decide on the level of its adoption, both organization and market-wise.

AI in an organization will mostly likely materialize as tens or hundreds of micro-rules, each providing an answer to a very narrow question of interest; for example: whether to grant a loan, what to say next in a chat conversationor whether to purchase or sell a stock. They are likely to serve as a horizontal service layer of intelligence to be orchestrated by a variety of workflow engines and custom business applications and eventually presented over various channels. The most popular of them will eventually find its way as a native part of business applications. As a horizontal reusable component that does not step on the toes of competing methodologies, AI has a much better chance of securing its place in the enterprise architecture. Additionally, the scarce hard-core data scientist resources vs huge number of narrow business problems, where ethical concerns are at stake, does not sound like a scalable proposition. This also contributes to the importance of citizen developers and data scientists as catalysts of business problems to be solved by machine learning.

Future of Work Vs. Future of Automation.

It is quite safe to say that the future of work will fill a spectrum between fully autonomous systems and intimate the cooperation of humans and machines. It is yet unclear though what kind of machine portfoliois likely to serve that spectrum. For now, AI appears to have its own clear role. RPA’s future may not be guaranteed yet. API-enabled business applications will eventually replace legacy ones, and iSaaS platforms already offer RPA-like capabilities on top of these APIs. Organizations with established BPM and integration practices may see RPA as a burden. There are already speculations of the RPA bubble due to inflated and unrealistic expectations, which is reflected in the multi-billion valuations of RPA companies. An eventual bubble explosion might stabilize the RPA market to three main areas. First, the organizations that prove their citizen RPA approach valuable. Second, organizations that do not want to bother with too many automation flavors. And third, specific use cases in areas like customer service and education, both human-to-machine and vice versa, which naturally calls for capturing, learning and replicating user actions throug, for instance, robotic desktop automation (RDA) and process mining.

Unlocking the Value of Connected Cars

Comprehensible Distribution of Training and Information...

The Current Focus is On Comprehensive Solutions

Big Data Analytics and Its Impact on the Supply Chain

Carmax, the Automobile Business with IT at the Core

The CIO's role in rethinking the scope of EPM for...

Transformative Impact On The IT Landscape

Get Ready for an IT Renaissance: Brought to You by Big...

Technology to Leverage and Enable

Speed is the Name of the Game

How Digital Experience Is Of Growing Importance To P&C Insurers And...

What It Truly Means For IT Security To Bea Business Enabler

Policy is a Key Solution to Stopping Packaging Waste

However, if you would like to share the information in this article, you may use the link below: